About The Project | Members | About El Toro 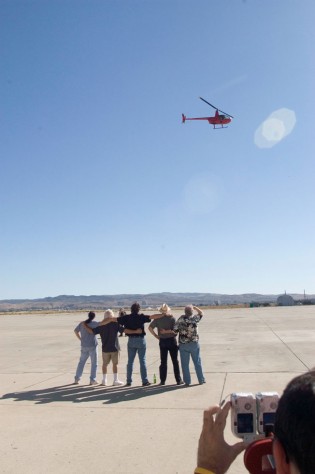 “For all its unprecedented size,” states Lippard, “[the world’s largest photograph] pales beside the ongoing documentation of Marine Corps Air Station El Toro undertaken by the photographic team—well over 150,000 photographs, and counting. The artists set out to make as realistic a document as possible of the fifteen-year evolution of El Toro, leaving few stones unturned. They systematically shot each of the more than 1,800 structures on the base: they made quarterly aerial shoots and did ‘walkabouts’ over the same five-mile course with four cameras, pointing in each of the cardinal directions, shooting every thirty paces.”

“The Legacy Group photographers are unlocking (or providing a window on) the past and positioning it for the future. They have unfettered access to almost every nook and cranny of the air base and have entered into dialogues, both familiar and unpredictable, with all of it. Their images have overlays of irony, fetish, mysticism, and poetry.” —Mark Johnstone, writer and curator